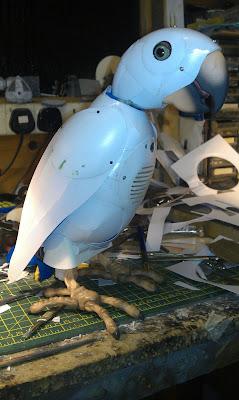 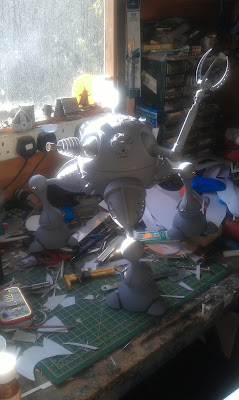 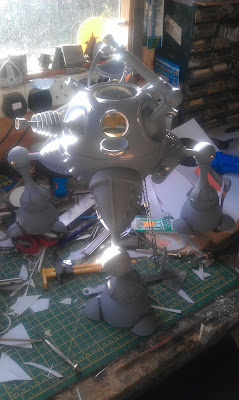 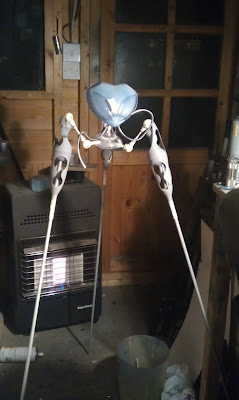 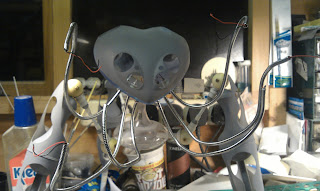 Posted by Herr Döktor at 1:25 PM No comments:

A variation on Lady Raygun's "Lady Raygun", may I present the "Gentleman's Comfort"- a copper-coloured raygun with style and panache: 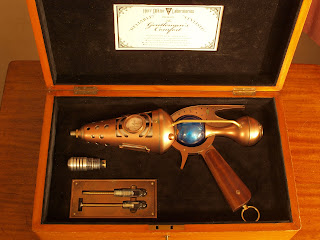 This pistol comes in an antique wooden box, with a screw on flash suppressor, and two tools.

And here it is, all together, in it's glory: 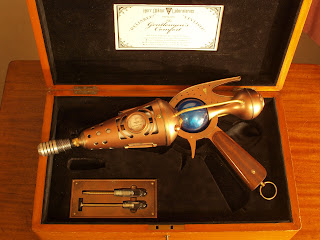 As usual, there is a label to explain certain points of care for this device: 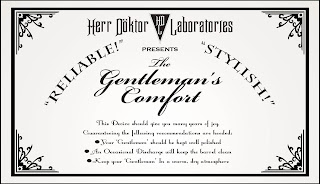 A slight difference form the Lady Raygun: this version has an extra dial, this one showing the energy reserve, the one on the side showing Power in Roentgen: 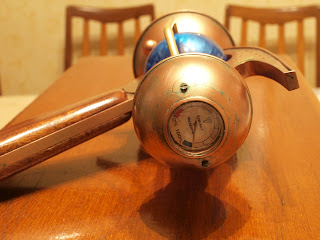 Gave a whole thing a verdigris-like patina, most satisfactory!

And here it is with it's 'sister: 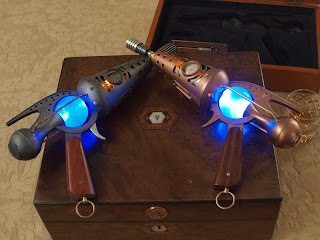