I'm going to be on the road in the coming months, travelling around England with some of my incredible inventions!

The first stop is the Nineworlds Geekfest at the Radisson and Renaissance hotels near London Heathrow, from August 9th-11th:

I'll be there to answer awkward questions about making and fabricating things, along with my good friends Miss Emilly Ladybird, jewelry maker, corset maker, and all round Domestic Goddess; Major Jack Union, Monster Hunter, author and raconteur, and a whole host of other guests and all-round good eggs.

Then, on the now traditional weekend in September (the 13th-14th-15th), the largest gathering of Steampunks in Europe, possibly the World, THE ASYLUM! (just click on qabove picture to learn more)

What can I say about this event? Clearly nothing that will do it justice, you'll just have to come along and see for your self. 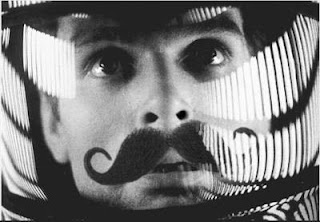 Onto November, where the 30th will see me at the National Space Centre, for the "Steampunks in SPACE!" event, along with the afore mentiond Miss Emilly Ladybird and Major Jack Union, there will be a number of other attractions, including the inimitable Count Rostov.

At these events you'll be able to see, first hand, the newest of my inventions, the Empire's Main Battle tripod tank, the "GLADSTONE", newly arrived on Mars to teach Johnny Martian a lesson: 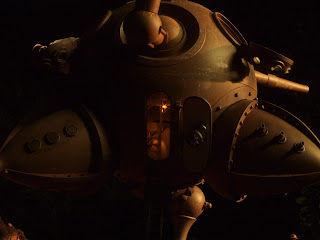 Sorry about the picture, but it's all a bit- hush-hush, need to know, etc., you'll just have to come along and see it in person...

There are some more dates and details to be added, subject to arrangement, approval and the signing of contracts, possibly in blood.
Posted by Herr Döktor at 5:10 PM No comments: